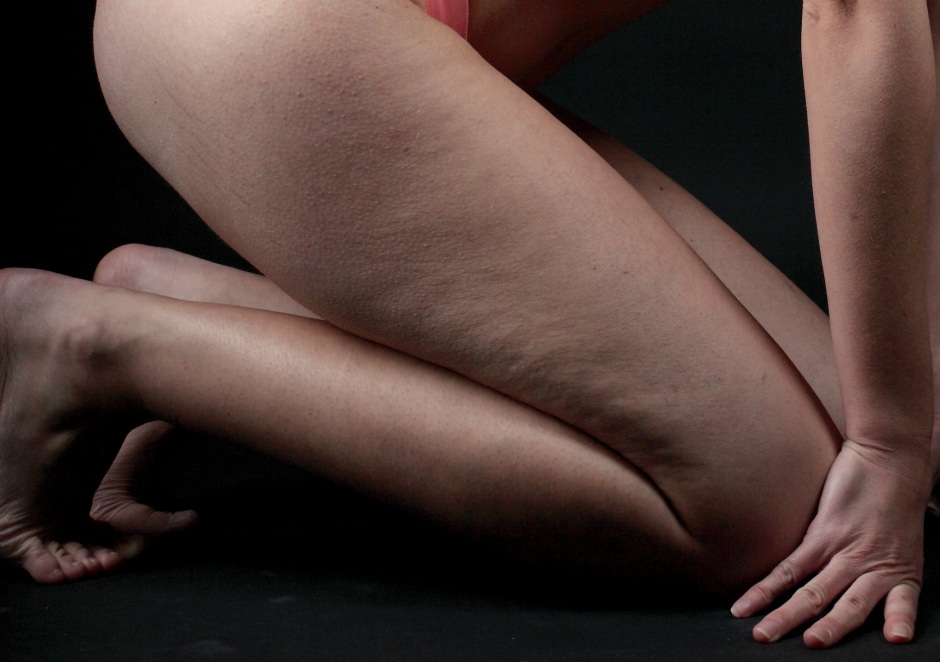 American singer, songwriter, actress, and TV judge, Demi Lovato, posted a photo of her on Instagram in which it seems like she is stepping out of a pool. With one leg on a higher step, you can see the dips in her thighs which are dramatized by the sun behind her. The dips, as you now know, is cellulite. Or as she likes to call is, celluLIT.

Cellulite is a condition in which the skin has a dimpled and lumpy appearance. It usually affects the buttocks and thighs but can also occur in other areas of the body.

Growing up, I didn’t know what cellulite was. I guess I was familiar with, I had it, my mom had it, pretty much every woman I had ever known had it. But what I didn’t know was that it’s a “condition.”

Do you know what it really is? It’s a “cosmetic condition” and it affects nearly 90% of women at some point during their lives, even those that are otherwise slender and fit.

I’d like to tell you some things about cellulite today:

If 90% of women have this “condition”, doesn’t sort of make it just normal. I mean, if you think about it logically, wouldn’t it be easier for the 10% that don’t have cellulite to artificially want them implanted, you know, so THEY can fit in?

Anyway, are you a little disturbed yet? I was. Not sure why though.

I have been very, very fortunate to have a mom who criticized me when I was critical of myself. But she couldn’t be everywhere, all the time! As some of you know, I went to boarding school when I was 12 and I learned the strangest things from other girls, who weren’t that much older than me. But they seemed to know what they were talking about. So, I soaked up every bit of criticism they sent my way. Fun fact: my toes are oddly shaped. If it wasn’t for one of my best friends, I would have shamelessly flaunted my ugly toes by wearing flip flops or sandals in public. Can you imagine? Phew!

Over the years, I have also learned that my hair is too curly, my eyelashes aren’t long enough, and I have almost naturally occurring bat wings. Get it? Because my arms are too flabby? I’m not joking. These are real things I actually believe about myself. And it doesn’t matter what anyone else says because in my head it’s true. When I look in the mirror, I literally see myself differently, focussing on every little “flaw” I can find. And then I do nothing about it, except feel ugly and shitty.

Where did all this criticism come from? Well, some of it came to me in the form of advice from people that had my trust. Some from movies, magazines, TV shows, and of course, social media. The rest I filled in myself. That curly hair thing – all me, baby!

It’s so weird because when people compliment me on my naturally wavy/curly hair (on the days that I don’t have the time to straighten it) I literally think them liars. People who are just trying to make me feel less conscious about those dang curls. Isn’t that insanity? But listen to the people around you, especially women. You will notice how they’re so kind to each other but so awful to themselves.

They say awareness is the first step, so I can confidently declare that perfection has truly lost its meaning for me. It was lost a long time ago but as I grow older, and hopefully wiser, and to be frank, lazier, I’m starting to see the ridiculousness and the dangerousness of my behaviour towards myself and the people I love.

So, I’ll tell you now that I have vowed to speak positively, exclusively, especially when I’m talking about my body, my intelligence, and my being. Why? Why the heck not!

Thanks for inspiring me, Demi. And everyone, please be fabulous. Don’t just try to look. Be it. Feel it. Act it.

Lots of love and light to you.